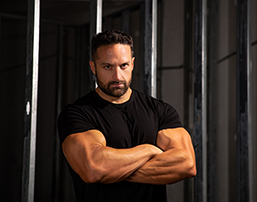 Layne Norton aka (biolayne) is an entrepreneur, physique coach, bodybuilder, and powerlifter from Tampa, Florida. He holds the world record for squat in the IPF 93 kg weight class. Alongside his success as a competitor, Layne is also an esteemed scientist and doctor; having a Ph.D. in Nutritional Science. Layne’s fitness journey began in high school, when he started lifting weights to gain muscle and improve his self-esteem. By the age of 19, he completely ‘fell in love’ with the activity. And as a result – started competing in bodybuilding shows. He’s since won 7 bodybuilding, and 6 powerlifting titles. Along with his success in the online world; where he’s gained a huge following, and created a popular supplement line and coaching businesses.