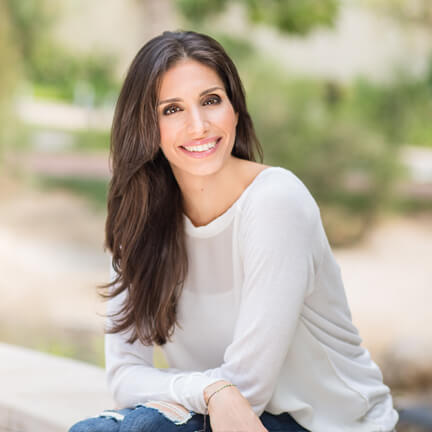 Bernadette Abraham is a Wellness Coach with over 20 years of health and fitness experience under her belt, and holds a Master’s degree in Exercise Science & Health Promotion.

As an ex-competitive gymnast, track athlete, and martial artist, Bernadette continually adds to her credentials as a certified personal trainer and Nutritional Therapy Practitioner, and is currently pursuing the study of Functional Medicine.

Since her move to Dubai in 2005, she has become a sought-after expert in her field, publishing hundreds of articles relating to overall wellbeing, fitness, and nutrition in several magazines, newspapers, and online publications.

She is also a popular speaker, promoting healthy living to various audiences such as the Wellbeing Show, Woman’s Health & Fitness, the Weight Loss Show, the Great Parenting Show, and the MEFIT Pro Summit.

Bernadette also shares her knowledge through the airwaves on Radio 2 and Dubai Eye, and has made several guest appearances on City7 TV, Dubai One TV, Physique TV and MBC 1. She was selected to be the health and fitness ambassador for The Female Network, and has co-hosted a 16-episode pre-natal fitness and nutrition television series in Arabic on MBC 1.

Her company specializes in high-end holistic wellness programs; health & wellness awareness services to corporations and government entities, and seeks to raise public health awareness through her website at www.BernadetteAbraham.com.

On a personal note, while being an athlete, a retired computer engineer, and a health professional, Bernadette is first and foremost a mother of four who leads by example.